Click on the links below to find out more about our kōtuinga kiritaki members. They talk about their own personal health and disability experiences and the reasons they have got involved with the Commission. 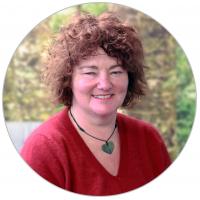 Amanda was 24 when she was registered blind. Twenty years later she experienced profound and sudden-onset hearing loss on one side. She became a committee member of the Nelson branch of Blind Citizens NZ, was chair from 2015–17 and remains active on the committee. She also served on the board of Blind Citizens NZ from 2013–17.

Until she lost her hearing, she had no experience of the day-to-day complexity of dual sensory loss and hadn’t heard the term ‘deafblind’.

In 2014, Amanda helped establish the Deafblind Association NZ and is now their executive officer.

Amanda spent 20 years in Britain and became a qualified yoga teacher with the British Wheel of Yoga, and for 10 years taught yoga and advocacy to people with intellectual disabilities. She counts team sports as riding her tandem bicycle and is a qualified massage therapist.

Here in NZ, in 2020, Amanda is excited about any developing technologies that support independent and healthy lives and is in support of funding for smartphones that help realise dreams of self-determination. She is thankful for devices and applications that support her hearing, blindness and the stabilisation of her Type 1 diabetes. 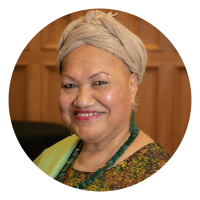 Tofilau Bernadette Pereira serves on the board of trustees for a Pacific clinic in Otara, South Auckland, and she has personal experience as a consumer of health services. She is the national president for Pacifica Incorporated and has done a lot of work helping Pacific mothers and families settle into their adopted country of New Zealand. 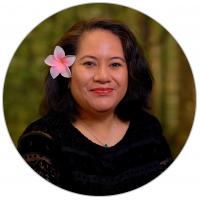 Edna Tu’itupou-Havea is a registered nurse and has had personal experience of poor health care through the care of her son. She is motivated to make sure that no-one else goes through the same thing she has, particularly with an unwell child. She is a senior nurse lecturer and is studying for her PhD. Her thesis is on Pacific people’s experience in launching formal complaints in hospitals in Aotearoa. 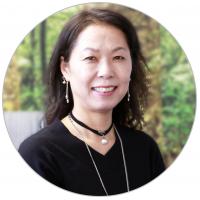 Hyejung Kim came to New Zealand from the Republic of Korea in 1999 as an international student and became a New Zealand citizen in March 2005.

Hyejung has worked as an information assistant and interpreter with InfoNOW since February 2019 and as a compost collective Korean facilitator since 2014.

Hyejung has been a member of Korean Women’s Wellness Community Group (KWWCG) since 2013. This is a small group of mostly health professionals, and she is currently the treasurer. KWWCG run health workshops and provide health resources such as brochures relating to women’s health translated into Korean. 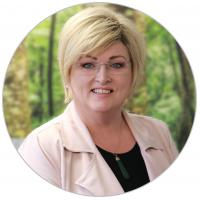 Born in Gisborne and raised in Auckland, Joanne settled in Christchurch 28 years ago after spending a couple of years in Europe. An entertainer since her teens Joanne has visited and performed around New Zealand, Australia, the United Kingdom and the USA.

Joanne spent 20 years on community radio and 3 years on the Queer Nation TV show. She has been involved in a number of community groups locally and nationally. She is the past national president of Agender New Zealand, a support group for the transgender community and former co-chair of Qtopia a support network of LGBTQIA+ youth.

Joanne is part of the Christchurch Pride committee and a consumer on Pegasus Health’s co-design team, working on gender affirming pathways.

As well as running her own hair salon Joanne is also a marriage celebrant.

Joanne has been an out transgender woman advocating for transgender rights for nearly 40 years. Being part of one of the most discriminated groups, Joanne has great empathy for people from all walks of life. She lives in Christchurch with her husband of 10 years Cia and their 15-year-old Papillion ZsaZsa. 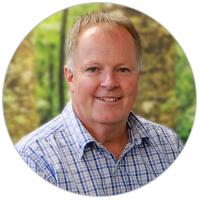 Mark’s first significant experience with the health sector followed the birth of his youngest child who had heart and kidney problems. Developmental delays and other health struggles resulted in his son being diagnosed with 22Q deletion syndrome at 14 years of age.

Mark is a consumer representative on a number of teams for his local DHB and presently co-chairs the consumer council.

Originally from a banking background, Mark spent over 20 years in both local and national governance roles for the YMCA and is a life member of his local Y. 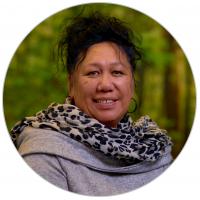 Marlene Whaanga-Dean is an outreach community health worker for a non-government organisation. She describes whānau and community health as her purpose and passion. Marlene has a background in social work and she is dedicated to making health services more accessible for consumers and whānau in the Wairarapa. 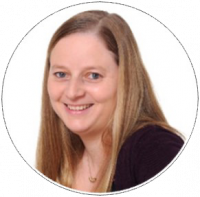 Renee was inspired to enter the health sector after a personal experience in 2011 which lead her to death’s doorstep. Renee had a long road to recovery with multiple surgeries and readmissions. She began volunteering at the hospital during this time, and developed a passion to help other patients and families to get the best care possible, through patient- and whānau-centred care and co-design.

Over the next few years Renee was involved in patient centred care at a local, regional and national level, through working groups, steering groups and co-leading training. In 2013 she made a career change, becoming the first patient and whānau advisor within acute areas at Counties Manukau Health. In this role she supports and co-leads the direction of consumer engagement, co-design and patient experience across the Counties Manukau Health system.

Renee is keen to use her experiences, together with her professional learning and increasing skills in change management and leadership, to help contribute to ongoing consumer engagement at all levels. 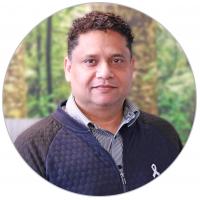 Vishal migrated to New Zealand 17 years ago from India and has been working as public health practitioner since 2004. His focus is on addressing determinants of health at numerous levels. For example, collaborating with health research centres across NZ, leading national campaigns, initiating several community development projects and working along with the social sector and grassroot communities.

Vishal represented New Zealand in the third Emerging Pacific Leaders’ Dialogue (2014). He was also selected to be a part a New Zealand delegation to the Young Core Leaders of Civil Society Groups Development Program in 2012.

Vishal is a White Ribbon ambassador and director for The Asian Network Inc. (TANI), a pan-Asian community organisation that supports people of Asian background to enjoy optimal quality of life and wellbeing in New Zealand. TANI bridges the gap between health service providers and grassroots Asian communities. As a part of his current role, he is actively involved in advocating for the advancement of Asian New Zealanders. 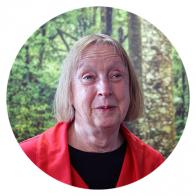 Mary Schnackenberg has an extensive relationship with the disability community, specifically with blind/vision impaired people. She has served in leading roles with the likes of Blind Citizens NZ; The Braille Authority of New Zealand Aotearoa Trust; The Ministry of Health, Disability Directorate, Consumer Consortium; and PHARMAC Consumer Advisory Committee.

From 1984 until 2008, Mary managed the accessible formats production and library at a leading charity, the Royal New Zealand Foundation of the Blind. Since 2008 she has worked as a consultant and braille producer in the disability sector.

Mary comes from a human rights background and is increasingly conscious of inequities across New Zealand society. Mary enjoys the challenging role of being a consumer advisor, having to think about a wide range of issues and consider many perspectives.

Mary is also a member of the Commission's consumer advisory group. 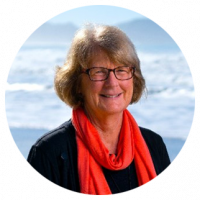 Jennie Harré Hindmarsh (a Pākehā, born in Rangitīkei and living in Tairāwhiti since 2005) has always been interested in the improvement of the quality of health services, especially through co-developing ways to resolve serious health inequities. She draws on her seven decades of diverse experiences to contribute to ensuring the voices and wisdom of patients, whānau and communities are valued and distilled both to influence the re-design of our health system, and to continue to improve the tikanga, values, ethics, policies and practices of health service providers, educators and researchers.
For over 45 years Jennie has worked interculturally in paid and voluntary capacities – nationally and regionally – across the health, education, social services, research and evaluation, arts and heritage, and ecological restoration sectors.

In the health sector, Jennie was employed by Ngāti Porou Hauora for 16 years as research coordinator, by the Royal New Zealand College of General Practitioners as national director of GP registrar education, by community and outpatient providers as a social worker and by universities as an educator of social workers, and of community and professional educators. 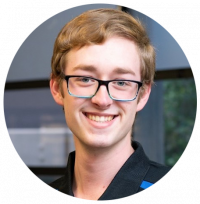 Oliver was born in Derby, England but has lived most of his life in Clive, Hawke’s Bay.

He has been heavily involved in the local community, working in the local Four Square for three years, standing in the 2019 local body elections for the Hastings District Council and working as a consumer advisor in the Hawke’s Bay health sector since being nominated to the consumer council in 2019. He moved to Wellington to study public policy and political science at Victoria University of Wellington in 2020.

Oliver is excited to be a member of the Commission’s consumer network and aims to represent the best interests of child, youth, student and rainbow communities. 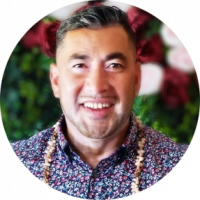 Hailing from Porirua, Zechariah has lived experience of inequalities for Pacific peoples from a young age, from living in cold and damp social housing right through to discrimination with his own journey in the health system.

Through these experiences, Zechariah was encouraged to become involved in several community networks, organisations and social marketing campaigns to promote the needs of his people. He is proud now to have a voice that represents his various Pacific communities.

Zechariah believes it is important to understand and use collective Pacific models of health in promoting system change and, ultimately, better health outcomes.

He is pleased to be involved in the consumer network and looks forward to having a strong voice in making a positive contribution for his communities. 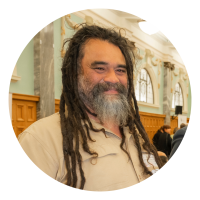 Ricky is born and bred in Ōpotiki, spending most of his younger years in between Matatā and Kawerau.

His teenage years saw him spending time in Southland, residing at Mataura, where he was a jack-of-all-trades on farms, industrial worksites and shearing gangs, until joining the territorial armed forces.

After 10 years of army life he began mahi with Child, Youth and Family, in residential homes, supporting whānau Māori and Pacific families and their tamariki.

After starting his own whānau, Ricky and his whānau and whānui also built and continue to tribute to Te Whare Wānanga o Arohanui ki Waitati.

This was created by Rokahurihia and Kerry Cameron. Their tamariki and the hapori have contributed and supported the whare over the years.

The whare was established from the moemoeā that Rokahurihia and Kerry shared, to take a holistic approach, to embrace whānau as a whole, to be empowered with manaakitanga and aroha and to look after each other, as well as imparting mātauranga Māori for mahi toi, te reo Māori, mahinga kai and how to live off the taiao.