Contraceptive use by women

The goal of this Atlas domain is to highlight regional and demographic variation in the use of contraceptives.

Availability, affordability, acceptability and access to contraception information and services is a human right[1]. This Atlas domain is based on the principle that all available contraceptive choices should be obtainable by all women who need them in Aotearoa New Zealand.

The Atlas domain presents indicators showing available data on each contraceptive method. The indicators are presented in order of effectiveness of contraceptive method, with the most effective method first. For some methods the rates are low, reflecting either missing data (see comment below on data limitations) or low use. Where significant differences are reported, these are statistically significant using a 95 percent confidence interval.

Contraceptive use by women

This Atlas highlights low use of the most effective contraceptive methods. Despite their effectiveness and high patient satisfaction, the rate of long-acting reversible contraceptive (LARC) use was low.

* Note: not all women of this age group will require contraception. The data for Jadelle, IUS and sterilisation is for 2018. However, these methods can last between three years to permanent (sterilisation). The data does not include some self-funded use.
α New Zealand Health Survey (2014/15). Contraceptive methods used (among women aged 16–49 years who had had vaginal sex in the four weeks preceding the survey).

Māori and Pacific women had higher rates of LARC (Jadelle) and sterilisation use than European/Other, however these rates were very low overall.

LARCs are one of the most effective and reliable forms of contraception.[1] The costs associated with LARCs are:

Even where a LARC is funded by PHARMAC, there may be a cost for the initial appointment and for insertion and subsequent removal. LARCs have a number of non-contraceptive benefits such as a reduction in menstrual bleeding and pain. They have high rates of satisfaction and 12-month continuation rates compared with the oral contraceptive pill.[2] 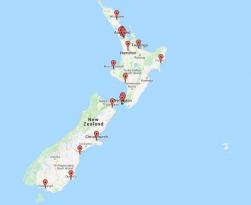 Figure 1: Location of Family Planning clinics in New Zealand in 2018

There are two types of intra-uterine contraception available: the progestogen-releasing IUS Mirena and Jaydess, and the non-hormonal copper IUD. All copper IUDs are dispensed via practitioner’s supply order (PSO), whereas around 99 percent of IUS are dispensed to people with a known NHI. IUS and IUD provide protection for up to five years. Since November 2019, the Mirena IUS device has been available fully funded by PHARMAC. Prior to this, funded use via Special Authority was limited to women with heavy menstrual bleeding and a ferritin (iron) level below 16 mcg. Community use has increased approximately five-fold since the IUS device became funded.

Research has concluded that ‘system and clinical barriers impact on young Māori mothers’ access to timely contraception despite these women actively seeking contraception. The lack of integration and limited funding formulas in the Aotearoa New Zealand public funded system results in multiple missed opportunities to meet these young women’s needs for effective contraception.’[2] Jadelle implants are available through primary care or Family Planning clinics. This indicator includes data from community pharmacy dispensing and PSO from Family Planning. Our analysis suggests we are capturing most of the publicly funded provision in Aotearoa New Zealand in this time period. However, this may miss some dispensing, for example, Jadelle inserted postpartum (after giving birth).

Percentage of women regularly dispensed an oral contraceptive, by age group and ethnicity (2018)

These findings should be interpreted in the context of women and their ability to access primary care. The health service access Atlas domain shows that 39 percent of 15–24-year-old women reported not visiting their GP or nurse at some point in 2019 due to cost compared with 26 percent of males in the same age group.

In 2018, 47 percent of women received a LARC at time of abortion

Many women report using some form of contraception at the time of unintended pregnancy and the Choice study[4] showed that women were not always aware of failure rates and the effectiveness of different methods. The standards of care for women requesting abortion in Aotearoa New Zealand[5] (2018) note that abortion services play a very important role in preventing further unintended pregnancies. The standards specify that all women should have post-abortion contraception discussed with them beforehand, and supplies should be available or prescriptions given on the day of the abortion. LARCs are the most effective and reliable form of contraception.[6] Widespread availability of LARC is particularly important given the recent change in abortion law, intended to provide increased community provision of early medical abortion (EMA). A lack of access to funded LARC in the community combined with an increase in the rate of community EMA could lead to a rise in the number of repeat abortions.

Percentage of women receiving LARC at time of abortion, by age group and ethnicity (2018)

Percentage of women not receiving any contraception at time of abortion, by age group and ethnicity (2018)

The World Health Organization, in its guidance document Ensuring human rights in the provision of contraceptive information and services,[7] sets out the following elements of quality of care in family planning:

Data for this Atlas domain was drawn from the Pharmaceutical Collection, which contains claim and payment information from community pharmacists for subsidised dispensing. This does not include:

Data presented includes contraception used for con-contraceptive indications, for example, heavy menstrual bleeding or dysmenorrhoea. Finally, the data does not indicate whether people used the contraceptive after it was dispensed.

PSO means a practitioner has a supply of community pharmaceuticals, including contraceptive devices, that can be provided directly to patients. The pharmaceuticals are for emergency use, for teaching and demonstration purposes, and for provision to certain patient groups where an individual prescription is not practicable. In the context of contraceptives, the intention of PSO is to improve access to medicines to certain groups of women. However, a consequence of having a high proportion of a contraceptives dispensed via PSO is that data on who the contraceptive is supplied to is lost. This impacts on the ability to monitor access and uptake of contraceptives through quality measures.

This is of particular importance when considering the copper IUD. Used as emergency contraception (EC), its failure rate (0.1 percent) is far lower than the failure rate of oral emergency contraception (up to 15 percent), and it is considered the ‘gold standard’ method for this indication. However, due to barriers in access, including lack of trained practitioners and time constraints, it is rarely offered as EC in primary care. In order to monitor and encourage use of the copper IUD as EC, data collection will be required. This data collection, including practitioner discussions of LARC and documentation of methods accepted, has been incentivised in other countries such as the UK, leading to a high rate of uptake of LARC.[8]

The table below shows the proportion of a contraceptive dispensed to a known NHI against all dispensings of that contraceptive. A low percentage indicates that most of the contraceptive is accessed via PSO or BSO.